We’ve been helping patients breathe easier for over 30 years

The pulmonary physicians at DPSC are experts in the diagnosis and treatment of chest diseases, including asthma, COPD, lung cancer, and pulmonary fibrosis. Patients come to us for diagnosis with symptoms such as shortness of breath, persistent cough, and wheezing.
Our state-of-the-art diagnostic testing facilities are fully equipped to perform complete pulmonary function tests, oximetry studies, and “6-minute walk” testing. We also perform bronchoscopic procedures at Banner Baywood Medical Center. Our specialist physicians and wide array of technology equip DPSC to perform more accurate diagnoses and more effective treatments than a general medical facility. 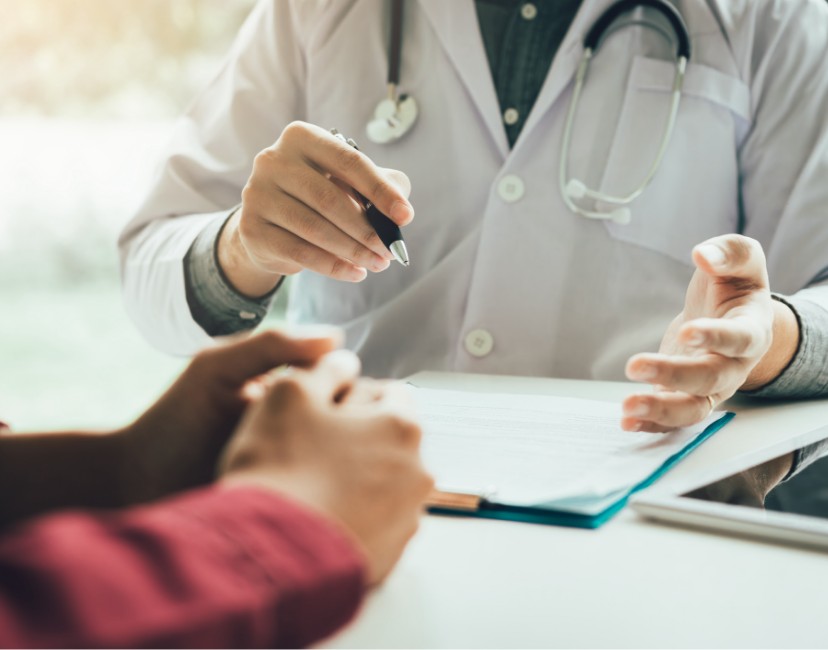 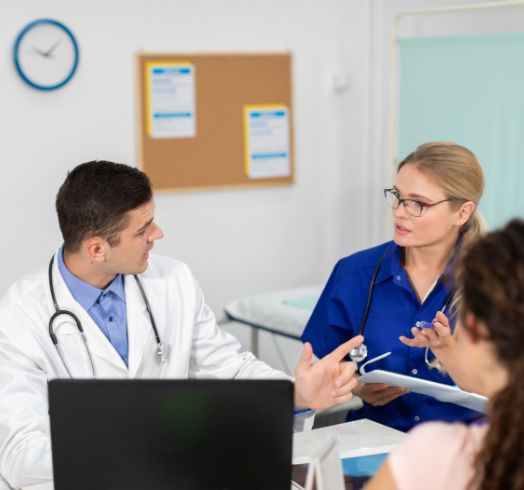 Learn more about the most common lung diseases we treat

Asthma
COPD
Asthma
Asthma (Az-muh) is a chronic disease that affects your airways. The airways are the tubes that carry air in and out of your lungs. If you have asthma, the inside walls of your airways are inflamed (swollen). The inflammation (IN-fla-MAY-shun) makes the airways very sensitive, and they tend to react strongly to allergens and irritants. When the airways react, they get narrower, and less air flows through to your lung tissue. This causes symptoms like wheezing (a whistling sound when you breathe), coughing, chest tightness, and trouble breathing, especially at night and in the early morning. Asthma cannot be cured, but most people with asthma can control it so that they have few and infrequent symptoms and can live active lives. When your asthma symptoms become worse than usual, it is called an asthma episode or attack. During an asthma attack, muscles around the airways tighten up, making the airways narrower so less air flows through. Inflammation increases, and the airways become more swollen and even narrower. Cells in the airways may also make more mucus than usual. This extra mucus also narrows the airways. These changes make it harder to breathe. Asthma attacks are not all the same — some are worse than others. In a severe asthma attack, the airways can close so much that not enough oxygen gets to vital organs. This condition is a medical emergency. People can die from severe asthma attacks. So, if you have asthma, you should see your doctor regularly. You will need to learn what things cause your asthma symptoms and how to avoid them. Your doctor will also prescribe medicines to keep your asthma under control. Taking care of your asthma is an important part of your life. Controlling it means working closely with your doctor to learn what to do, staying away from things that can irritate your airways, taking medicines as directed by your doctor, and monitoring your asthma so that you can respond quickly to signs of an attack. By controlling your asthma every day, you can prevent serious symptoms and take part in all activities. If your asthma is not well controlled, you are likely to have symptoms that can make you miss school or work and keep you from doing things you enjoy. Asthma is one of the leading causes of children missing school.
COPD

Chronic obstructive pulmonary disease (COPD) is a lung disease in which the lungs are damaged, making it hard to breathe. In COPD, the airways — the tubes that carry air in and out of your lungs — are partly obstructed, making it difficult to get air in and out.

Cigarette smoking is the most common cause of COPD. Most people with COPD are smokers or former smokers. Breathing in other kinds of lung irritants, like pollution, dust, or chemicals, over a long period of time may also cause or contribute to COPD. The airways branch out like an upside-down tree, and at the end of each branch are many small, balloon-like air sacs. In healthy people, each airway is clear and open. The air sacs are small and dainty, and both the airways and air sacs are elastic and springy. When you breathe in, each air sac fills up with air like a small balloon; when you breathe out, the balloon deflates and the air goes out. (See the How the Lungs Work section for details.) In COPD, the airways and air sacs lose their shape and become floppy. Less air gets in and less air goes out because:

COPD develops slowly, and it may be many years before you notice symptoms like shortness of breath. Most of the time, COPD is diagnosed in middle-aged or older people.

There is no cure for COPD. The damage to your airways and lungs cannot be reversed, but there are things you can do to feel better and slow the damage.

COPD is not contagious; you cannot catch it from someone else.